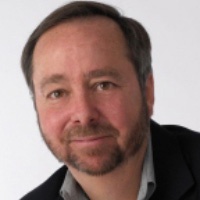 We came across this post by John J. Scroggin, AEP, J.D., LL.M. and thought it was worth reposting.  Too many people think that things will take care of themselves…but they won’t.

“It is interesting how the common estate planning mistakes of average clients are so often replicated and exaggerated in celebrity situations. This column will discuss some of the things we can learn from high-profile celebrity estates, recognizing that our typical clients receive much less media attention and, often enough, have a few less zeros on their estate values. It is not that celebrity estates are more confounding than your average client’s estate. It’s that most celebrities have been allotted more than 15 minutes of media time, with much of it collected after they die.

Dying Without a Will

Dying without a will doesn’t damage the deceased, but it sure makes it hard on the survivors. Abraham Lincoln was shot on April 14, 1865. He died the next morning without a will despite being a skilled and successful attorney. He left an estate of $110,296.80 (the equivalent of several million dollars today).1

Prince died without a will on April 21, 2016. His estate has been estimated to be worth $300 million.2 His sister and five half-siblings initially appeared to be his only intestate heirs, until Carlin Q. Williams, a 39-year-old convicted felon being held in a maximum security prison, claimed to be the love child of Prince from a one-night-stand when Prince was a teenager.3If DNA tests had proven his relationship to Prince, Williams could have inherited 100 percent of Prince’s intestate estate.

Unfortunately, a significant number of Americans seem to be following Paul Simon’s perspective from his 1965 song Flowers Never Bend with the Rainfall: “So I’ll continue to continue to pretend that my life will never end.” The 2014 Rocket Lawyer Make-A-Will Month survey showed that 64 percent of Americans do not have a will.

Estate planning sounds as if it is for the wealthy when, in fact, it applies to everyone at every adult age (Georgia is the only state that allows a person as young as age 14 to sign a will).

In many states, each child and the surviving spouse will inherit an equal percentage (with the surviving spouse inheriting some minimum amount). If a trust is not established by a will, a minor child may be entitled to receive inherited assets by age 18, before they may be mature enough to handle the money. Ex-spouses may have control of the inheritance until the children reach adulthood.

In 1994, Kurt Cobain committed suicide at the age of 27. He left behind a detailed suicide note, but had not signed a will. Cobain’s wife and daughter were his only intestate heirs. In 2010, control of Cobain’s Right of Publicity passed to his daughter on the day she turned 18, and the next year the daughter reportedly purchased a $1.8 million home in Hollywood.

Intestacy can create messy dispositions based upon the order of death. For example, in most states, if a married couple with no descendants and no wills were injured in the same accident and one spouse survived the other by a few seconds and then died, the surviving spouse’s relatives could inherit all of the couple’s joint estate with the other spouse’s family receiving no assets.4

Professional wrestler Chris Benoit murdered his wife and son before taking his own life in 2007. In the probate hearings, the order of death became the pivotal issue for the disposition of assets. Under Georgia law, Benoit was considered to have predeceased both his wife and son.5 If the wife died first, then for the short time his son was alive, he would have inherited his mother’s and father’s assets, which would pass by intestacy at his death to Benoit’s two children from a prior marriage (as the closest living relatives of the deceased son). But if the son died first, then the wife’s closest relatives (her mother, in this case) would have inherited all the assets. Apparently the two families reached an out-of-court settlement in 2008.

Without a will, the courts will have to decide on the person(s) to manage assets for any minor children (and potentially during adulthood). Martin Luther King Jr. was assassinated in 1968 and died without a will. Particularly since the passing of his widow, Coretta Scott King, their children have fought over the control and benefits of his legacy and assets.

In the event of an intestate estate or the failure of all named personal representatives, state statutes generally set an order of appointment, with the surviving spouse normally being the first person to be appointed, followed by the closest blood family members. Note that the statutory appointment is by relationship, not competence. Do you really want that brother who has been bankrupt twice running the estate for your minor children?

Prince’s death without a will created an environment in which the six equal intestate heirs will control his vast music empire and the release of previously unreleased songs. None of the siblings have experience handling either his business interests or his significant estate. Recent reports indicate that conflicts are emerging among the six intestate heirs over the management of the estate.6

Many clients provide some level of support for their parents and other family members. When the client dies intestate, the surviving spouse and/or children of the deceased generally have first-priority rights to the assets. Thus, other family members who may have expected to receive continued support lose it. NFL player Steve McNair purchased a million dollar home for his mother to live in, but retained title to the residence and failed to create a will passing the house to his mother. When he died, his wife demanded that his mother pay $3,000 per month in rent. The mother moved out because she could not afford the rent. After she moved out, the estate billed her $53,363 for appliances and other items she took out of the house.7

Failing to Plan for Incapacity

Every adult of every age should plan for their incapacity.

Media mogul Sumner Redstone is one of the wealthiest people in America with an estate estimated to be over $42 billion. In 2015, a series of conflicts began over his competence and control of his estate. As the fights continued, Redstone’s granddaughter said her aunt and other family members had “succeeded in reversing decades of my grandfather’s careful estate planning and are poised to seize control of Viacom and CBS.”8

Clients may revise their dispositional documents when they are of marginal competence, and therefore, inappropriately influenced. A person who lacks the capacity to enter into a valid contract may still have the ability to sign an enforceable will.9

With a low standard for determining competence, it is generally hard to succeed in such a challenge to a testator’s competence, even when their behavior is odd or erratic. For example, the Michigan Supreme Court ruled in 1879 that “[a] man may believe himself to be the supreme ruler of the universe and nevertheless make a perfectly sensible disposition of his property, and the courts will sustain it when it appears that his mania did not dictate its provisions.”10 And the California Court of Appeals ruled: “Appellant produced evidence of forgetfulness, erratic, unstable and emotional behavior, and of suspicion, probably delusional at times, on the part of the testatrix. This is of no avail unless it were shown, as it was not, that it had direct influence on the testamentary act.”11

When a client dies, the first priority may be to change the locks to the house. Conflicts over dispositions of personal property appear to be endemic to all levels of wealth. In February 2015, The New York Times reported that Robin Williams’ widow and his three children from his two prior marriages were in conflict over the issue of how his “cherished belongings that include his clothing, collections, and personal photographs” should be passed.

Disposing of tangible personal property seems to be the most forgotten part of the average client’s estate plan. It is the author’s experience that this is single-greatest source of conflict among surviving family members.”

For more information about estate planning, check out our website www.diesmart.com.