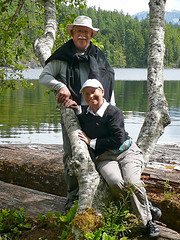 WHY IS PLANNING FOR OLD AGE IMPORTANT?

Consider the following facts contained in a government study called “The Dilemma of An Aging Society.”

In 1900, most people died in accidents or as a result of acute infections and they rarely endured long periods of disability.  In 2000, people spent, on average, two years severely disabled on the way to death.  Acute causes of death (such as pneumonia, influenza and septicemia) are in decline, whereas deaths from age-related, chronic, degenerative diseases (such as Alzheimer’s, Parkinson’s and emphysema) are on the rise.

A 2006 Rand study funded by the government tried to envision the future needs of elderly people who are terminally ill and classified them into four groups:

These statistics are astonishing.  Eighty percent of us need to make planning for incapacity from both a legal and a financial perspective just as important as planning for death.

Planning for old age is about “Elder Law.”  Elder law is a term describing a set of legal and financial rules and practices we will encounter as we grow old, or as our parents grow old.  In fact, many of the topics considered to be “elder law” relate to anyone who becomes unable to manage their financial affairs or make their own health care choices, no matter whether they are young or old.

Planning for old age involves the creation of various legal documents referred to as advance directives.   If your mental capacity becomes compromised as you age, or if you suffer an unexpected accident or illness, your spouse or your children may need to help manage your finances or your health care.  Sounds simple.  It’s not.

The fact is incapacity, like dying, is an event in your life where laws decide who has the authority to manage your affairs for you when you can’t.  These are the laws your family, physicians and friends will be required to follow if you become unable to make decisions on your own behalf.   Your family will find they need multiple documents signed by you to act on your behalf, each one serving a different purposes.

Planning for old age also requires an understanding of what long term care will cost and how your and your family will pay for long term care if it becomes necessary.   According to the Congressional Budget office, the U.S. will spend $393 billion in 2008 for long term care, not including unpaid services provided by famiy and friends.

Many older people and their children are surprised to find they have no personal insurance to cover the cost of long term care.

If the only insurance you have is Medicare and Medigap, the cost of long term care must be paid from your personal assets unless you have Long Term Care Insurance.

These resources are useful when planning for old age:

FACT : Incapacity can happen to any one
Although planning for death is important, planning for mental or physical incapacity is just as important.  A recent government study stated “eighty percent of people over the age of 65 will spend one to ten years under the care of a caregiver”.  In less than two decades it is expected that some 30 million people will suffer from some form of dementia.  If this happens to you, someone must manage your health care and your money.

Planning is not just for the elderly.  Terri Schiavo was 26 years old when she had a heart attack and slipped into a “permanent vegetative” condition.  She then lived for fourteen years until she was allowed to die following enormous expenses to her family while incapacitated.