Even though more than 50% of US citizens still don’t have a will, you’d think that the presidents of the United States, with all of their legal advisors and staff, would definitely have protected their property by preparing one.

Two presidents who did leave wills freed slaves in them. George Washington left his entire estate to his wife Martha. He requested that, upon her death, all of their 317 slaves should receive their freedom.

Thomas Jefferson actually freed some of his slaves in his will – 3 older men who worked for him for decades and two of Sally Heming’s four children.

Most other presidents left fairly standard wills, leaving their assets to family members, though a few left special bequests.

Regardless of what presidents have or have not done, you should definitely consider getting a will prepared today. Otherwise, the government will decide what happens to your assets, not you.

For more information about wills and other end-of-life planning, go the www.diesmart.com.

We’ve talked several times about the importance of managing your digital assets and making sure your loved ones will be able to access them when you’re gone.

UFADAA stands for Uniform Fiduciary Access to Digital Assets Act.  It was developed by the National Conference of Commissioners on Uniform State Laws and is a recommended act that all states are encouraged to enact.  The first approved version of the act did not meet the needs of the states and very few of them approved it.  However, in late 2015, a revised act was passed.  It has several important points:

19 states are considering passing a law that encompasses at least some of what was recommended in the revised UFADAA.  You should contact your representatives and urge them to enact this legislation.  It will make it much easier for you to manage the digital estate of a loved one after he or she has died.

For more information about UFADAA and other issues related to your digital estate, check out our book ACCESS DENIED: WHY YOUR PASSWORDS ARE AS IMPORTANT AS YOUR WILL. 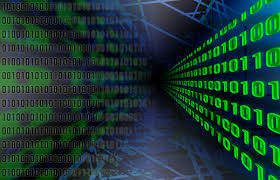 A 2013 estimate by McAfee found that the average person’s digital assets are worth $35,000.  That may be in things such as airline miles, purchased media, online bank accounts, Bitcoins, domain names.  Regardless of what they are in, their value can add up quickly.

As my attorney put it, “The digital world is today’s Wild West.  There are no sheriffs and no predictable law.”  Yet you have to find a way to protect these assets and to pass their worth on when you die.

A recent blog by Sharon Fisher gave some great examples of people who didn’t do anything and what happened when they were gone.

A son gave up about $2000 that resided in a PayPal account because his father hadn’t left a will granting him possession to those funds.

Michael Hamelin, a hacker who died in an accident had secured his family’s systems so well that even with the help of other hacker friends, his wife hasn’t be able to gain access to some of their files, including the only copies of digital photos they owned.

Peggy Bush, who we previously wrote about, was a Canadian widow who was told by Apple that she’d have to get a court order for the company to reveal the password to an iPad card game she and he husband linked to play.

In addition to policies of each company that has an online presence, laws vary by state.  It’s a very complex situation.

Be sure you have a plan for how to deal with your digital assets.  Check out our book, ACCESS DENIED: WHY PASSWORDS ARE AS IMPORTANT AS YOUR WILL, which will walk you thru the issues and help you to figure out what to do. 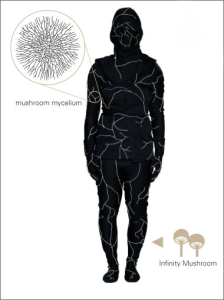