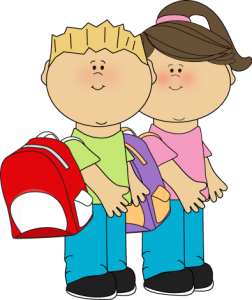 If you’ve got young children, your days are filled with all sorts of activities related to them.  You don’t have time for much else, especially not long term planning.

However, ask yourself who will take care of your children if you and/or your spouse are not there?  What if you’re in a car crash or some other totally unexpected accident and both of you are killed or seriously injured.  What if you are a single parent with a catastrophic illness.  Where will your children go?

Even though a will is a very important part of an estate plan, a critical part of that plan is to specify who you choose to be your children’s guardian when you’re not around.  That person will care for your children and be legally responsible for them until they become adults.  Don’t you want to leave your children in the care of someone you feel is the best person for the job?

For more information about this subject and other end of life planning, go to our website www.diesmart.com. 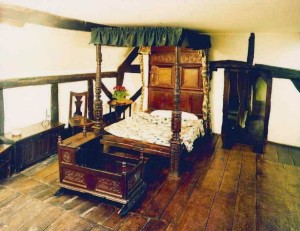 Even in the 1600s, people wrote wills to designate where they wanted their assets to go after their death.

William Shakespeare’s will was signed on March 25, 1616.  He left most of his estate to his daughter, Susannah Hall.  However, toward the end of the will he mentioned his wife of 34 years, Ann, “Item I gyve unto my wife my second best bed with the furniture.”  Furniture back them included the curtains and bedcover which formed part of the complete bed.

If you want to give your second best bed, or any other specific item, to a beloved friend or relative, make sure you state that in your will so that your wishes will be honored.

For information about wills and estate planning, go to our website www.diesmart.com.

That’s the percent of Americans who do not have a will, according to a Google Consumer survey by USLegalWills.com.

A recent Forbes.com article talks about some of the horror stories that occur when people die without putting an estate plan in place.

Here are the headings from the real stories:

Children get nothing, new wife gets everything.

Life insurance ends up in the wrong hands.

Heirs are left trying to find everything.

Process is time consuming and expensive.

I urge you to read the stories.  You may recognize yourself in some of them.  But you can avoid the terrible consequences that the people encountered if you will just take the time to prepare an estate plan that reflects what you want to have happen to your assets when you die.

For more information about what to do, go to our website, www.diesmart.com.

Although this actually happened in the UK, it could just as easily have happened here.

Fred McGuinness owned a scrap yard.  When he died at age 64 in 1987, he left everything to his wife Edith.

He had four children: David, Freddie, Kevin and Denise.  David claimed that he and his brothers had been promised shares of the business to pay them back for all the years they spent working in the family business.

When Edith died at age 87 in 2013, David fully expected that their time had come to get their reward.  However, Edith left everything she had, including the yard, to Denise.  The only other bequest was a small one to charity.  In a letter Edith wrote to accompany her will, she said that she and Denise had been excluded from the business and “mistreated”.

Although Denise owned a quarter of the business, her bookkeeping role had been eliminated, she never got a bonus and her pension was a “pittance”.

Edith also wrote that “since Mr. McGuinness passed away, she had watched his once-thriving business ‘go to nothing from greed’.”

Edith’s estate was valued for probate at more than £3million after tax and the court heard that a £12million offer had been received for the yard.

Although David had “taken it for granted” that he would inherit part of the yard, the probate judge disagreed.  He said there was never “a cast iron promise” that the yard would be divided among all of the children.

The judge further ruled that the only thing David would inherit was a classic Morris lorry, valued at about £10,000.

You can’t assume that what’s been casually mentioned as what you’ll inherit will stand up in court.  If you feel that something should rightly be yours, be sure to discuss it with your parents while they are still alive and get their commitment put into a legal document.  Otherwise, you may find yourself – like David – without the inheritance you had been expecting…and experiencing friction with any other heirs.

Everyone should have a will that outlines what they wish to happen to their assets when they die and clearly spells out the terms.  If you have assets, don’t delay.  Get a will written today.  You can either find a “do it yourself” version on the web or, if your estate is larger or more complicated, find an estate attorney who will prepare one for you.

For more information about estate planning and will writing, go to our website, www.diesmart.com.

Earlier this year, we wrote about the first state to adopt the new, revised UFADAA (Uniform Fiduciary Access to Digital Assets Act) recommended statute.  This statute makes clearer the ways which an estate executor and others can deal with your digital assets when you die.

Indiana, this week, joined the ranks of states that have decided to pass a “law that addresses the rights of a fiduciary, such as a personal representative, trustee, attorney-in-fact or guardian, to access digital property, such as online financial accounts, emails, texts, social media accounts and online document and picture storage.”

Since digital assets are a large part of many people’s estates, this new act has become more important.  States are recognizing this and, as of this date, many have either adopted the act or are in the process of considering it.

For information about whether your state has adopted this important act yet, click here.

For more information about digital estate planning, check out our book “Access Denied: Why Passwords Are Now As Important As Your Will” or go to our website www.diesmart.com.