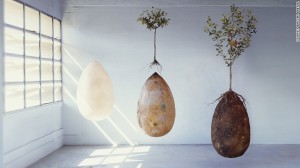 The traditional coffin litters the earth.  It is not biodegradable and remains buried in the ground for thousands of years.  The same can be said for the tombstone which stands above it.

Capsula Mundi is a project out of Italy, “which envisions a different approach to the way we think about death. It’s an egg-shaped pod, an ancient and perfect form, made of biodegradable material, where our departed loved ones are placed for burial. Ashes will be held in small egg-shaped urns while bodies will be laid down in a fetal position in larger pods. The Capsula will then be buried as a seed in the earth. A tree, chosen in life by the deceased, will be planted on top of it and serve as a memorial for the departed and as a legacy for posterity and the future of our planet. Family and friends will continue to care for the tree as it grows. Cemeteries will acquire a new look and, instead of the cold grey landscape we see today, they will grow into vibrant woodlands.”

The urn for ashes is available now.  The one for the body is still in development.

For more information about green burial options as well as other funeral choices, go to www.diesmart.com. 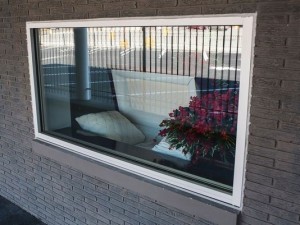 It is not a new concept but now Ryan Bernard of Memphis is joining the drive-thru visitation service trend.

When Bernard bought an old bank building in Memphis to use for a funeral home, he found a unique use for the drive-thru window.  Guests can view the deceased’s body through a bullet-proof window.  If they don’t want to fuss with parking and getting out of the car or are afraid of funeral homes, guests can just drive up and pay their respects.  They can sign an iPad guest book and spend approximately 3 minutes alone with the body.

The drive-thru concept is a free add-on offered to people when they are planning a funeral.

According to Bernard, he’s gotten a mostly positive reaction although some people have said they find it disrespectful.

His facility, R. Bernard Funeral Services, has already added live streaming of funerals and will continue to add innovative concepts.  He said, “The funeral industry is always changing every year. I keep the old traditional funeral stuff and try to add new stuff to it,” Bernard said. “I am 41 years old. I am not out just to market to the grandmas and grandpas, I am trying to get the millennials and the Baby Boomers too.”

Whether you want to add non-traditional elements to a funeral or just plan an “old fashioned” one, for more information go to www.diesmart.com. 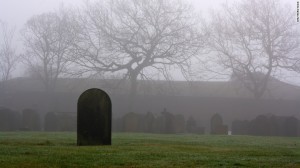 We certainly hope your relatives are nicer than the father described above. If you need help writing an obituary or planning a funeral for one of them, check out our website http://www.diesmart.com. 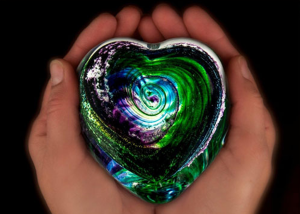 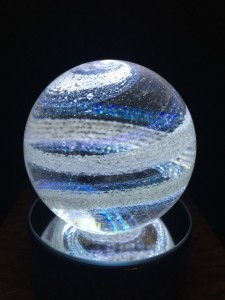 I came  across a company in Seattle, Washington called Artful Ashes.  They have come up with a unique way to hold the memory of a loved one – a piece of glass art.  All you have to do is send them about a tablespoon full of ashes and they will turn it into art.  Their designs are in the shape of hearts or spheres, measure approximately 3 ½ by 3 ½ inches and weigh about 14 ounces.  The ashes you provide are swirled through the design and can be seen in the finished piece.  If you like, you can include a short inscription on the memorial.

Some people I mentioned this idea to thought it was creepy; others liked it.  Regardless, it’s a beautiful piece of art and something to be considered.  There are many unique ways to preserve the ashes of a loved one.  This is just one more new one.

For more information about cremation and funeral planning, check out our website diesmart.com. 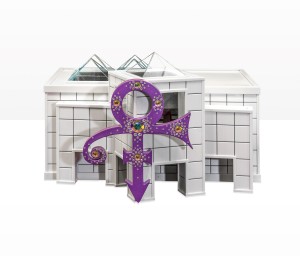