The information in this article so important that we’re copying it verbatim from a Yahoo news story.

Remember, if you die without a will, the state will determine who inherits.

People make a lot of excuses to put off planning for the inevitable. You may be fearful about your own mortality, or think you don’t have enough assets to need an estate plan — or perhaps you just think that things will change so much before your death that you and your spouse can delay making a plan.

But dying without a will or more extensive plan only brings further grief to your family. “You leave heirs in a lurch and risk changing the family dynamic” — and not for the better, says Anchorage, Alaska, financial planner Michael Branham.

Do I Need a Will?

If you want to plan out where your things go after you die, a will is probably a good idea.

Without a will, decisions about who will administer your estate, who will be the guardian of your minor children and who will inherit your money fall to a local probate court, which is bound by state laws, says Cincinnati estate planning attorney David Bross. Start now by talking to your spouse about your intentions.

It’s impossible to have a detailed conversation about bequeathing assets before you’ve itemized all the property you possess as a couple. “In many houses, one person takes the reins as the family CFO and the other partner is less informed or engaged with the financial picture,” says Raleigh, N.C., financial planner Mike Palmer. “But both spouses need to have familiarity.” Make a list of each of your investment, retirement and savings accounts, as well as all property and other goods like art or collectibles. (For the latter, you may need to bring in an appraiser to help you understand which pieces have monetary value.)

Next, learn which of those assets fall outside the scope of a will. Typically, this includes anything payable to a named beneficiary — such as a life insurance policy, 401(k) account, or IRA balance — as well as assets held jointly. You need to assign beneficiaries for as many accounts as possible, even before putting together the actual will. It’s worth revisiting beneficiary assignments, too, especially for older accounts — you don’t want your ex-spouse to get your 401(k) just because you forgot to change the designation.

OPENING LINE: “I saw what happened to Jill’s family when she died without a will, and I don’t want our kids to go through the same thing.”

Use a friend’s or even a celebrity’s passing without a will to ease into the conversation while providing some emotional distance. Talking about your own or your spouse’s death is hard, so stay focused on the reason you’re really discussing this: your loved ones.

Decide whom you want to include as an heir. Remember, if you die without a will, the state will determine who inherits — likely your spouse or kids. If you want friends, a pet, more distant relations, or a charity to receive part of your estate, you’ll need to clearly spell that out.

If you have minor children, your estate planning conversation should also include a discussion of who’ll care for them. Then think about whom you trust to carry out your wishes. A will requires that you name an executor, someone who will be in charge of collecting the estate’s assets, inventorying the property, paying claims against the estate (including taxes), and distributing assets to beneficiaries. The job should go to a financially responsible relative or close friend, or a financial institution.

TALKING POINTS: “Kara is old enough to support herself, but what about Jason? Who would look after him if something happens to us in the next five years?”

For couples with young children, the biggest challenge is often assigning custody of the kids, says Bross. “You have two families coming together and two spouses who may have very different ideas about who would be best,” he says. Factor in not only the personal bond between the child and potential guardian, but this person’s location, other dependents (their own children, or an aging parent), age, and other financial obligations. Even if you disagree, there’s strong incentive to come to a decision: If you don’t make a selection, the court will make its own choice.

One couple took four months to decide between their siblings, Bross recalls, ultimately deciding that the sibling who had no children would be in a better position to care for their kids. Don’t make a choice before talking with any potential guardians about their willingness and any concerns you have.

“I don’t feel comfortable letting the children get their inheritance all at once. They are still so young — if they get a bunch of money at 18, who knows what they’ll spend it on?”

Particularly if your kids are still young, think about how you want them to receive their inheritance. Unless you set up a trust to outline who will receive how much property (and under what circumstances), minor children will get a share of the assets for care through the probate court, even with a will, and at 18 receive the remainder, says Bross. Heirs over the age of 18 simply get their inheritance all at once.

If you want to influence either the timing of the inheritance or the way it gets spent, you’ll need to use a trust. Two common kinds are incentive trusts — which might say, for instance, that an heir must earn a degree or pass a drug test before inheriting — or staggered trusts, which let your estate be paid out over a certain time span. Such arrangements can ease concern about young or reckless heirs.

“I know we always talked about splitting the money evenly between the kids, but what if one of them is earning a lot more than the other?”

Deciding how much money should go to each of your heirs can be one of the biggest issues for families, says Seattle financial planner Stacy Gallagher Ployhar. “You need to consider, if the distribution of assets is not equal among the children, how is that compensated for?” she says.

Among the issues to discuss: Did you make a generous gift to one child — say, for a home purchase or advanced degree — that the others didn’t receive? If you have a blended family with “yours, mine, and ours” kids, will biological and stepchildren get treated differently? Families that have a low-earning child and a high-earning one sometimes want to divide assets differently because they believe one needs the support more than the other. “Everyone’s default when planning is to treat heirs equally — but fair isn’t always equal,” says Palmer.

Ultimately, you don’t want heirs to feel hurt or confused by the size of their inheritance. If you are having difficulty agreeing on a plan for the division, consider speaking with your heirs directly about what fair would look like to them. You don’t have to abide by their wishes, of course, but their input could help you and your spouse find common ground.

Once the two of you have agreed to a plan, hire a lawyer to execute it. A will drafted by an attorney averages about $375, according to LegalZoom. Need help finding an attorney? Many bar associations offer lawyer referral services, in which participating lawyers agree to provide half-hour consultations for less than $50.

This is also a good time to put two other estate planning documents in place: a health care proxy, a living will, and a durable power of attorney for finances.

Call a family meeting and tell your children about your general estate plan. You don’t need to spell out how much they’ll inherit or read them a copy, but you should talk about big decisions you’ve made — for instance, if you’re not splitting assets equally among your children, or giving a large portion to charity. “Having this conversation will give you confidence, says Cincinnati financial planner David Nienaber. “People are afraid to tell heirs for fear they will piss someone off, but people are more upset when you die and they’re left to figure out with their siblings why you did what you did.”

“I had a client tell me once (without his wife present) that he didn’t want “six-pack abs man” spending his money,” says Palmer. The client was worried that if the estate went outright to the wife, then she could leave it all to someone besides their daughter — and that if his wife remarried, her new spouse would get all the money. “Eventually I was able to get him to share that concern openly with his wife and we addressed that in his estate plan by placing the assets in a trust for their daughter,” Palmer continues. “The wife was unhappy at first that her spouse didn’t seem to trust her, but after listening to his concerns and the benefits of a trust, she decided to go along with the plan because ultimately the two wanted the same thing: their daughter to be the heir.”

This story was originally seen on money.com: Half of Americans Don’t Have a Will. Here’s How to Fix That for Your Family

For more information about estate planning and writing a will, go to www.diesmart.com. 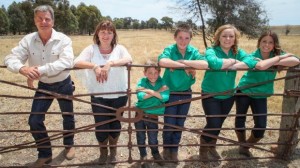 Most blank will forms are based on the assumption that you are part of a traditional nuclear family with a husband, a wife and a common set of children.  It will further assume that you wish to follow the traditional path of inheritance:  The surviving spouse will inherit the deceased’s assets and they will they pass to the children upon the second spouse’s death.

Instead, as is very often the case today, you may be part of a blended family.  If so, you should definitely see an attorney and prepare a will that will protect every member of that new family.

Let’s look at an example of what might happen if you don’t have a well written will.

John and Susan had both been married previously.  John had two children from his first marriage and Susan had three.   When they got married, all was well for several years.  Then John died suddenly.  Susan inherited all of John’s estate (which included assets he had brought into the marriage).

When Susan died, her three children inherited her assets; John’s children got nothing.  Why, because they were not Susan’s legal children and neither John or Susan’s will legally protected them.  A lengthy legal battle ensued with the biggest winner being the attorneys.

Although this blog is based on an article from the Sydney Morning Herald, it is critical for everyone in a blended family to take heed.

Make sure your legal paperwork protects your family and distributes your assets the way you want them allocated.  Don’t take a shortcut now that may result in unnecessary pain and suffering at a later date.

For more information about estate planning, check out our website www.diesmart.com.