For more information about wills and estate planning, check out our website https://www.diesmart.com. 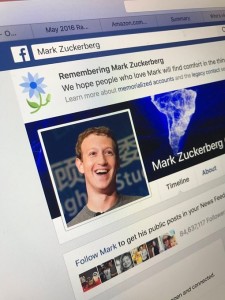 On Thursday, 11/11, Facebook had a bug.  It was one that managed to modify user profiles and declare those users dead.  Even Mark Zuckerberg, Facebook’s founder, appeared dead on the site.

Despite being very much alive, users found their accounts switched to a “memorialized account,” reserved for the deceased, with the word “remembering” posted beside their name.

A statement reading: “We hope people who love Mark will find comfort in the things others share to remember and celebrate his life,” appeared on Mark Zuckerberg’s profile before being corrected.

Facebook provides a form to request the memorialization of accounts of the deceased. It requires documentation of a death, presumably to prevent people from triggering errant notices.  If this option is selected, their profile will continue to exist, but only as a memorial.  A logon is no longer available but people can post memorial messages to the deceased.

Many people woke up Thursday to find that their accounts had been memorialized and Facebook thought they were dead.  I imagine that could be very scary for someone who’s still alive.  The bug has now been fixed

To learn more about memorialization and what to do about other online accounts when someone dies, go to www.diesmart.com. 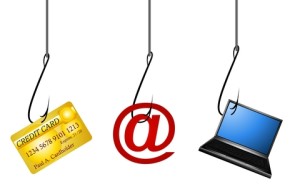 I’ve written a lot in the past about identity theft and the importance of protecting your online accounts.  These six points were contained in an email from my mortgage broker and I think they definitely are worth repeating.

1. Update software. The latest computer, smartphone and apps software is the most secure. Update now and choose ‘Update Automatically’ in Settings. Update your WiFi router on its app or Web setup page.

2. Strengthen passwords. Make them long strings of random upper and lower case letters, numbers and symbols. Use a different one for every site. Turn on two-factor authentication for Apple ID, Google, Facebook (‘login approvals’), Microsoft, Twitter (‘login verification’) and banks. Use a password manager to sync devices.

3. Encrypt data. Makes it hard for someone to access information if they get your device. Encrypt with a password or fingerprint screen lock, or turn on ‘encryption’ in Settings. Use Disk Utility on external drives.

4. Privatize browsers. Select ‘clear browsing data.’ (This deletes passwords which shouldn’t be saved on sites anyway.) Activate ‘Do Not Track’ in Settings. Block trackers with an extension (Ghostery, Disconnect, EFF’s Privacy Badger). Opt out of ad tracking at http://www.aboutads.info/choices/

For more information about protecting your digital assets, go to www.diesmart.com.

Bet you never thought that there would be places where death is a crime.  Well, there are.  Seven cities in Italy, France, Brazil, Spain and Norway urge their citizens not to die.

If you know of another town anywhere in the world that doesn’t allow death, we’d love to know about it.