Assisting aging parents is something commonly encountered by financial advisors as children are having discussions with them. 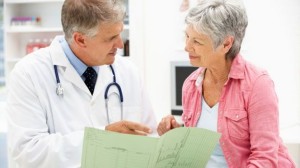 Legal:  At the least, parents should have an up-to-date will, power of attorney and healthcare directive.  It’s equally important that children know where these documents are kept.  The healthcare documents should also be provided to each parent’s physician.

Medical Expenses:  A research study by conducted by Fidelity Investments found that a 65-year old couple who retired in 2016 will need an estimated $260,000 to cover their health care expenditures in retirement.  These figures apply to retirees with traditional Medicare coverage.  It is important to be aware that Medicare does not cover long term care, something there’s a chance nearly 70% of senior citizens will require.

Housing:  Where would your parents like to live if they have to leave their current home?  Has downsizing been discussed?  What if they need more assistance with their day-to-day activities?  It’s important to discuss this topic with them while they are still healthy.  That way, you can have a plan in place so a transition will be easier if required.

Having conversations with your parents about topics like these is very important.  They may not be easy but they will be very helpful for planning and to avoid conflict in the future.

For more information about aging and planning for end of life, check out our website www.diesmart.com.

This statistic comes from a presentation given by Ken Dychtwald, PhD, of Age Wave at the American Society on Aging 2013 conference that was held this spring.

This statistic is a part of what has caused the longevity revolution.  What he meant is that because people are living much longer than they used to, the definition of “old age” is changing.  People used to die before retiring so there was no need to worry much about what they would do.  But, now, people must figure out what they should do with their “longevity bonus” and how to spend all of this extra time that they now have on earth.

You might think that people are just tacking their bonus onto the end of their life and spending it in retirement.  However, it seems that they are redistributing it throughout their life.  They are going back to school in their 40’s and then starting a new career, retiring from that new career and then changing fields again.  This is unlike the past when people worked their whole life at one career and often retired after working at just one or two companies.

Retirement used to be considered an ending.  Now many people consider it a new beginning.  It’s a time that’s looked forward to with anticipation by most people.  In fact, 91% of people expect to be happy in retirement.   However, that expectation only lasts about a year.  After that, people begin to think about what they actually want to do with the rest of their life and whether they want a new post retirement career.  They also start to have growing concerns about health problems and insufficient savings.  And in their late 70’s and early 80’s they come to terms with who they are and what will come.

Finally, Dr. Dychtwald said that, unlike in the past, retirement is a time to build relationships, keep learning, re-career, live with purpose and leave a legacy.

The entire presentation can be seen here and is well worth watching.

For more information about retirement and end of life planning, go to www.diesmart.com.