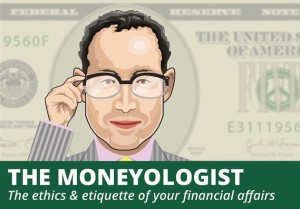 We read this recent column from MarketWatch and found it interesting enough that we are repeating it in its entirety.  If you have step children or step parents, you should be aware of what might happen if proper planning isn’t done.

He made his wishes clear, but his second wife had other ideas

My brothers and I are mentioned in our father’s will as what he “wishes to happen” with the house he purchased for his second wife. He put the house in her name, but stated that if he should die first, he would like the wife to live in the house till she dies, but wanted the house to be sold and the proceeds to be split among his children.

After he died, my stepmother has sold the house for $1 million. She bought a new house for $500,000 and kept the difference. She has not put all the children on the ownership of the new house. Also, she has children from her first marriage who might want a percentage of the estate, including the new house. The will was made in Taiwan. I live in Texas.

Where do I and my brothers stand in this situation?

When it comes to family drama, stepmothers fare about as well as mothers-in-law. That is, they get a hard time. Sometimes, it’s deserved, other times I think they fall victim to negative stereotypes. In one case, the stepmother wanted to cut her husband’s children out of his life insurance policy. And another stepmother obsessed over her husband’s children and what might happen to his credit score should he die. It’s easy to come down hard on stepmothers, mostly because of Grimm Fairytales. This 2009 book “Stepmonster: A New Look at Why Real Stepmothers Think, Feel, and Act the Way We Do” tries to debunk that myth. On this occasion, the jury is out.

Your father can’t leave his children something that he no longer owns. That’s not how life or the law works.

Your stepmother has downsized and created a nice nest egg. That was her prerogative. Your father can’t leave his children something that he no longer owns. He put his house in your stepmother’s name and, judging by his will, it seems that he wanted her to give it back. That’s not how life or the law works. If you could prove undue influence, you might have a case. You would need to provide evidence that (a) your father was not of sound mind when he signed over the house and/or (b) your stepmother somehow did not have his best interests at heart and tricked him into signing over the home. That would be an expensive and difficult process.

It’s still unclear whether U.S. or Taiwanese law would apply here. According to Taiwanese law, “The making and effect of a will are governed by the national law of the testator [your father, in this case] at the time of the making of the will.” But that may prove fruitless. “If you can prove that the testator was the true owner, you can file a litigation against your father’s second wife,” says Ou Yang, Hung, managing attorney at Brain Trust International Law Firm in Taipei, Taiwan and adjunct assistant professor of law at Soochow University. “It will be very hard to prove that the testator was the true owner of the house.”

Put it in simpler terms: You may have to kiss that $1 million goodbye.

For information about estate planning, check out our website www.diesmart.com.