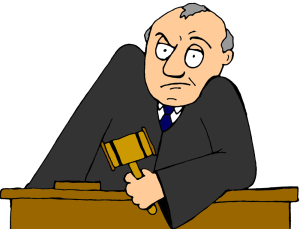 If someone in your family has died and you don’t think you’ve been treated fairly, what’s the first thought that comes into your head?  Challenge the will.  But you might want to think a second time before doing this.  A will contest is very hard to win.  It’s difficult to prove that someone was incompetent after they’ve died and it’s equally as tough to prove that undue influence was exerted on the deceased.    Finally, some wills have a clause that will cause you to forfeit your inheritance if you challenge that will.  So it might be best to just accept whatever has been left to you and then to get on with your life.

We found a blog that gave a great example of what might happen if you challenge someone’s will.

“Sam and Erica were married. It was Erica’s first marriage and Sam’s second, his first marriage ending in divorce. Sam had one child, Jason, from his first marriage. Erica did not have any children. They each had identical wills, leaving their entire estate to the other, and on the death of the survivor everything goes to Jason.

Their wills also contained a provision, requiring the surviving spouse to live at least six months after the first spouse’s death. If the survivor did not live that long, he or she would be treated as having predeceased the first spouse.

In March of 2015, Sam died. Erica filed a probate proceeding in May and submitted Sam’s will to the court. Because she filed just two months after Sam’s death, Jason objected. He argued that she had no authority to take over Sam’s estate because she had failed to survive him by six months.

Erica apparently became angry, and revoked her own will to make sure that Jason did not receive any share of her estate. Erica signed a new will a few months later (well after she had reached the six-month survivorship requirement). She left her entire estate to her sister and nothing to Jason. She died five months later.

Jason contested her new will, arguing that she had been subjected to undue influence by her sister in preparing her new will. The probate court dismissed his complaint and upheld Erica’s will. Not satisfied, Jason appealed.

The higher court affirmed the probate court finding and stated that it was clear that no one influenced her in her decision to revoke the earlier will or to do her new will. Once she revoked the earlier will, she was intestate — that is, she had no will at all — and since Jason was not her child, he would have no right to any share of her estate if she had died without a will.

Why would that make a difference? Because if she had no will prior to signing the new will, Jason had no standing to even challenge that will. According to the appellate court, there was no question that Erica had revoked her earlier will a few months prior to her executing a new will and thus Jason’s objections were dismissed.

What might Jason have done differently? Hindsight is always 20/20. Perhaps Jason should not have objected to his father’s estate when he did. If Erica had actually died in the four months after he raised his objection, he could probably have still made his legal point. In the meantime, he clearly offended her to the point that she changed her estate plan.”

Moral of the story: Think about what might happen if you challenge someone’s will.  It might be better to accept what’s been left to you than taking a chance that you might end up with nothing.

For more information about estate planning, check out www.diesmart.com
.