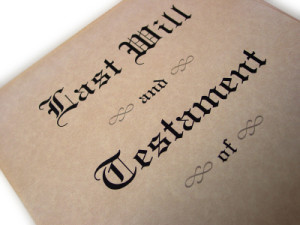 Yes, you do.  A will is a legal document which ensures that your property is transferred according to your wishes after your death.

If you don’t have a will, here are five things that can happen.  We found this list at nerdwallet.com.

If you don’t have a will, you should prepare one now.  Otherwise, your assets may not be distributed the way you want them to and a lot of extra money will go to attorneys and the probate court and not to your heirs.

For more information about wills, trusts and other estate planning documents, go to www.diesmart.com. 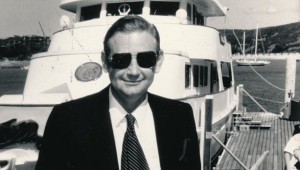 His mistake is one people continue to make throughout the world.  They don’t make a will and die intestate.  About 50% of people say that they don’t have the time, don’t think they need one, don’t know how to get started, it’s too gruesome a topic to think about, they’re not going to die yet….or offer up many other excuses.

Robert Holmes a Court, who had built a $2 billion empire in Australia in the 1980’s, died suddenly at age 53 without a will.  Legend has it that he carried a will around in his briefcase for years…unsigned.  Regardless of whether this is true or not, what is a fact is that, because he did not have a valid will,  the legal wrangling to settle his estate took almost 20 years to resolve, seriously straining family relations in the process.

Two other blogs we found also discuss some of the problems that can occur if you don’t take the time to make a will.

There are two facts you can’t change:

2) If you don’t have a will, the government will decide what happens to your estate.

If you have a $2 billion empire like Robert Holmes a Court, it may take you awhile to draft a will and the other documents you will need to protect your assets and ensure that they will be distributed the way you want them to be.  If you have an estate that is a little smaller, a simple will can be drawn up and executed very quickly.

Don’t let the government make important decisions about your estate for you.  Make the time and get your will prepared now.

For more information about dying intestate and will preparation, go to DieSmart.com.

Everyone is going to die; that’s a fact.  And everyone should have a will.  That’s another fact.  If you die without a will, the probate court will decide what happens to  your assets; you won’t.

My father died about 15 years ago.  He left a will he had prepared himself, typed on his old electric typewriter and had a few friends sign as witnesses.  I don’t know how he decided what to put in the will and the wording to use.  All I know is that after he died, when I tried to probate the will, there were some problems with it and it took a while to get them resolved.

If you don’t want to go to an attorney to have a will prepared that you know will be written properly, you should at least be aware of some common mistakes that you should avoid.

I recently came across a blog on findlaw.com that clearly describes 10 of the most common mistakes.  You should definitely read it so you don’t make the same mistakes my dad did.

For further information about wills, trusts, probate and end of life planning go to www.diesmart.com.

Stieg Larsson, the man who wrote the milenium trilogy including the novel, The Girl with the Dragon Tattoo, died suddenly in 2004 at the age of 50. At the time of his death, he was not yet famous and he was living modestly with his partner, Eva Gabrielsson. In fact, they had been living together in Sweden for 32 years.

Larsson spent his career investigating rightwing extremism and received many death threats. He feared that getting married would make them an even bigger target. Despite that, he and Eva finally set a date for the ceremony but Larsson died before it could take place.

The couple had talked about setting up a company in which the two of them would share all of their assets as well as any money earned for writing books and articles. The company would provide that if one of them died, the other one would get everything. Because of this plan, Larsson felt that a will would be unnecessary and so never prepared one. But the company was not set up before Larsson’s death.

Sweden has no provision in their law for inheritance by common-law spouses so when Larsson died without a will, his brother and father inherited everything he owned, including the rights to his books and the profits that the 50 million copies sold made.

In 2007, the family gave Gabrielsson ownership of the modest apartment in which she and Larsson had lived and offered her $2.75 million. She turned down the offer because she wants control of the estate so she can manage the handling of the books, including movie and other publication rights. There is a partial manuscript for a 4th book in the series; since she supposedly helped Larsson write the trilogy and the manuscript is in her possession, she could finish the novel but she refuses to hand it over to Larsson’s family.

If only Larsson had written a will, settlement of the estate could have been handled smoothly and in a timely manner. Instead, in 2012 (more than 8 years later), the dispute is still going on.

Don’t put yourself in this position. Make sure you have a will so your estate will go to the person you want it to….not the one the government dictates. For more information about this topic, go to diesmart.com.